Bartow County was created from the Cherokee lands of the Cherokee County territory on December 3, 1832, and named Cass County, after General Lewis Cass (1782–1866) Secretary of War under President Andrew Jackson, Minister to France and Secretary of State under President James Buchanan, who was instrumental in the removal of Native Americans from the area. However, the county was renamed on December 6, 1861 in honor of Francis S. Bartow because of Cass's support of the Union, even though Bartow never visited in the county, living 200 miles away near Savannah all of his life. Cass had supported the doctrine of popular sovereignty, the right of each state to determine its own laws independently of the Federal government, ironcially the platform of conservative Southerners who removed his name. The first county seat was at Cassville, but after the burning of the county courthouse and the Sherman Occupation, the seat moved to Cartersville, where it remains. 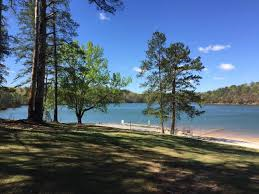 Listings identified with the FMLS IDX logo come from FMLS and are held by brokerage firms other than the owner of this website. The listing brokerage is identified in any listing details. Information is deemed reliable but is not guaranteed. If you believe any FMLS listing contains material that infringes your copyrighted work please click here to review our DMCA policy and learn how to submit a takedown request. © 2021 First Multiple Listing Service, Inc.
Last updated on Jan 27, 2021 8:39:am.